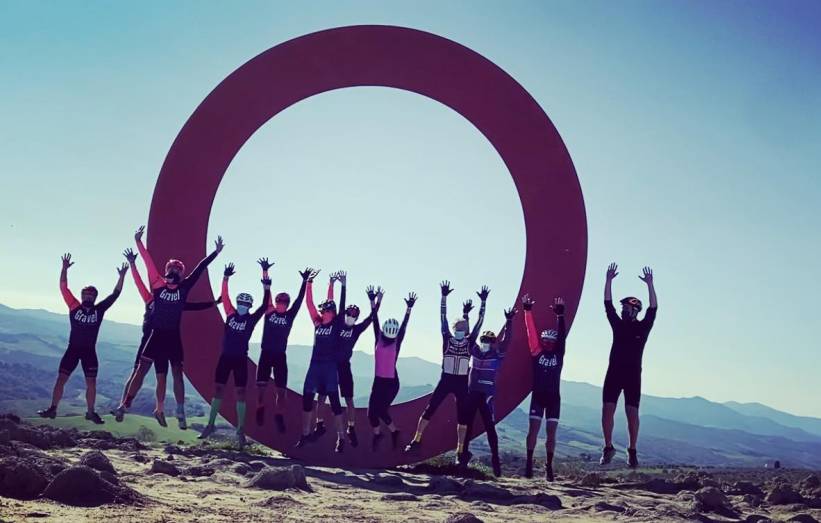 In Italy not all sports receive the same support, and this is strongly due to the attention that traditional media have always channelled towards certain disciplines. However, we can say that today something is changing thanks also to the support of social media, which with their ability to share everything immediately, are able to reach a large audience.

The Gravel world is an example of this. It is a particular variant of road cycling, with slightly wider wheels suitable for gravel and unpaved terrain such as asphalt.

It was born in America on a world level, but we can say with great pride that it was began in Tuscany, on an Italian level.

A witness of this new sport becoming more and more popular amongst cycling enthusiasts was Andrea Leonardi, former Siena professional footballer, who just over five years ago decided to launch himself into the bike world and then went on and founded the Gravel Bike Siena association.

“Gravel is not a sport for us, gravel is a philosophy for us.”

Already from these first few words you can see the passion for what he does, a passion shared by many.

But how was Gravel Bike Siena born?

Andrea replied with extreme sincerity: “It was born from the desire to ride a bike. After leaving football, I had no desire for competitions and so I rediscovered a new me thanks to the bicycle. Gravel encouraged me to discover the area and my mission is precisely to explore our land by bike.”

From a technical point of view, Tuscany is the perfect place to go gravel biking, as it is full of secondary roads, the dirt roads, the back roads, those where nature commands. Andrea, however, is keen to point out one thing: “We need to get into the perspective that doing gravel does not mean choosing the right bike and therefore giving importance to the technical point of view only; everyone can do gravel, even with a mountain bike, the important thing is the spirit with which you are going to ride, that is to give importance to the land and the environment, to put heart and brain into it as well as legs.”

From an environmental aspect, Gravel Bike Siena has carried out important initiatives on the theme of the health of our planet, organizing group outings to collect waste along the roads.

I don't limit myself to mere sporting activity, but I try to use my brain. For me the bicycle is the means through which to create something new, to carry out actions that may have a certain importance, as in the case of attention to the environment or to the promotion of caring for our land”. 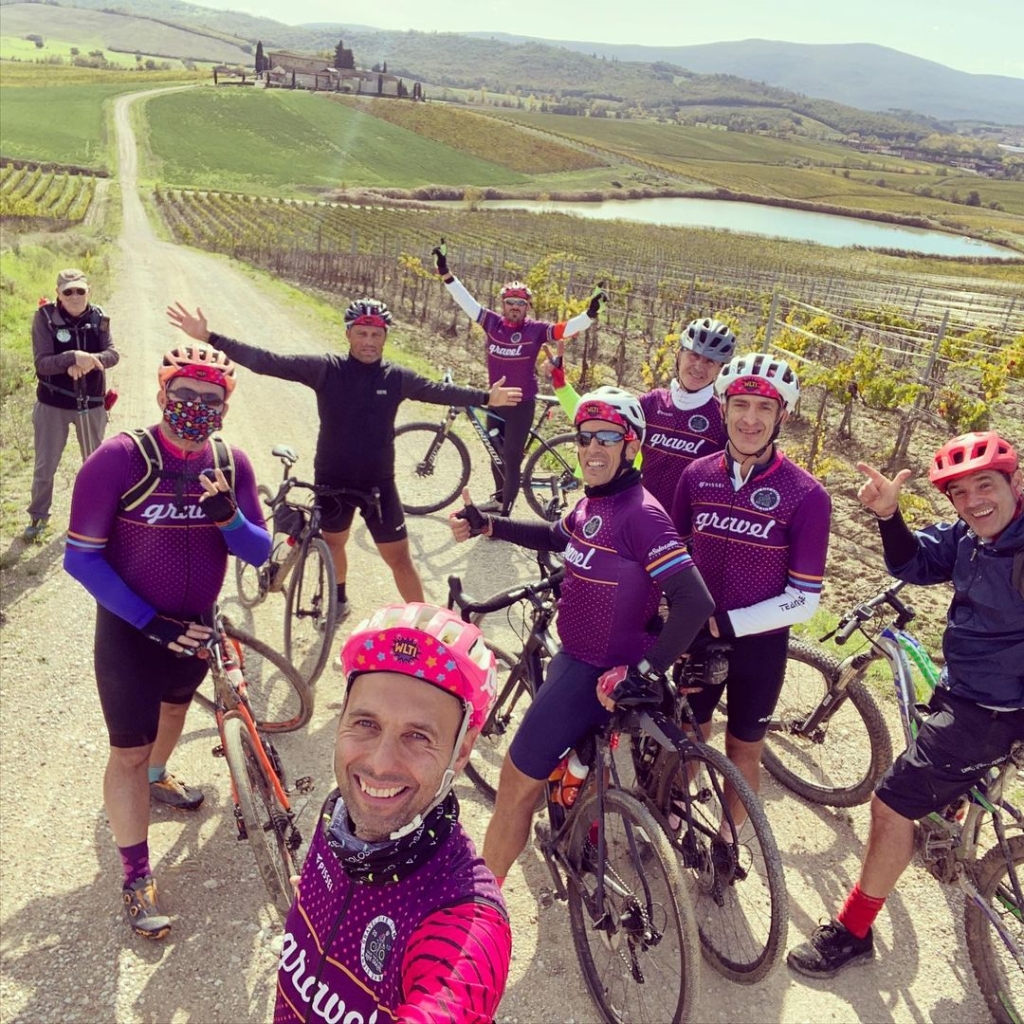 Since its establishment in 2018, the Gravel Bike Siena association has always organized group events or outings with the aim of promoting the surrounding area, therefore Siena and its surroundings.

Just this year, the second edition of the Gravel Castel event in Monteriggioni was to be held, however it was cancelled due to the pandemic. “We hope to be able to organize the event in 2021, so as to travel together with all the participants, known but above all unknown areas of our Tuscany.”

Speaking of the events Andrea told us about this summer. As soon as he could he got in the saddle and brought his community of fans with him in a virtual way, thanks to social media.

“Social media is a very powerful tool but can also be a double-edged sword. You have to use it intelligently, to be able to really convey something interesting to those on the other side. However, it has helped me a lot to make myself known, but above all to make my philosophy known, that is, to exploit sport gravel for something bigger.”

At the beginning of our chat, Andrea confided in us that cycling can often be a very individualistic sport and it can be hard to share the ride with someone else. From his passion for this sport and the success of Gravel Bike Siena, we can loudly say that Andrea is winning this battle a little, overcoming that wall of individualism that distinguishes this sport, and managing to convey his philosophy and passion to everyone both for gravel and for his land. 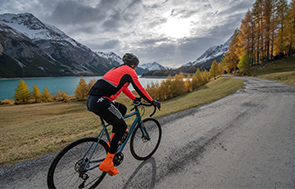 A day of gravel, just to mix things up a bit. 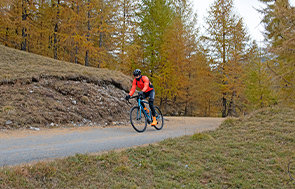 A great way to try out gravel bike riding and to get familiar with the different terrain.

In the company of Daniele Schena, aka Stelvioman and some of his friends, we will discover the most beautiful gravel routes in the Stelvio National Park.

Cancano lakes in Gravel: you've never seen them with your racing bike!

In the shadow of the Stelvio, with Peter Stuart of Cyclist.uk. 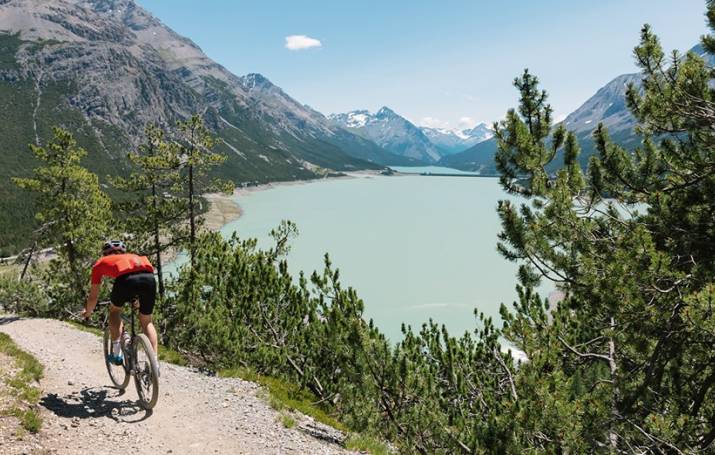 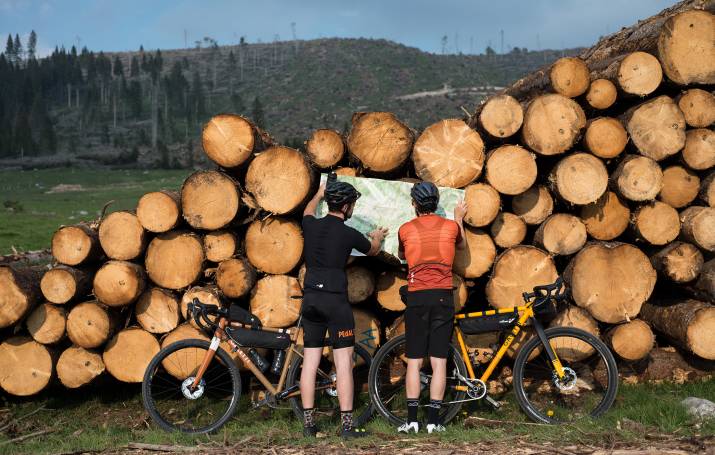 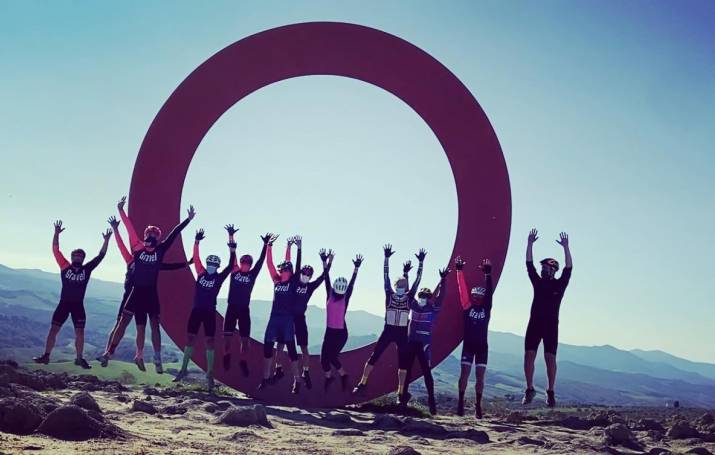